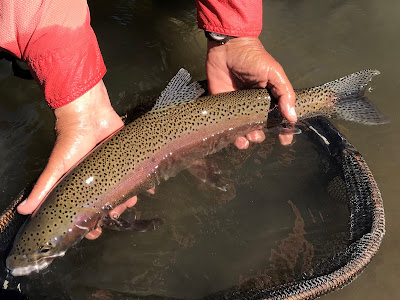 For sure, a minimum of 4 weeks, more likely 6 weeks, behind a "normal" season remains a viable/reliable prognosis...gleaned from my four decades being laser-focused on Truckee area waters.
In lieu of late-May thru July, I project early-July thru August being prime-time for all tactics; entailing "dredging" or "purist" dry-fly angling in the north Tahoe area; especially the LT nd BT 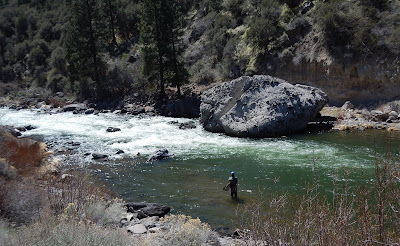 In the "Grand Canyon of the Truckee"...fall-time, not now!

"...May to the start of June can be an “iffy” proposition for the start of optimum fly fishing conditions; wholly dependent on what remains of the previous winter’s snow-pack, its percentage of water content and resulting melt/run-off. During this period, one’s best methods are to hug the river’s bottom strata; where the fish rest.

Waning spring marks the arrival of the unbeknownst, but locally beloved, “Big Bugs of June”; Western Green Drakes, Golden Stoneflies and huge, winged, Black Carpenter Ants. The Green Drakes and Golden stone adults do not appear in great numbers, but they are present and the trout are aware. The former two insects will emerge over a three-four-week period while the Ant’s appearance in the region is more intense and short-lived; as brief as 3-4 days only.
These food items provide hungry spring trout high-caloric morsels. The trout are on alert. Tactically, search for these ambush feeders; toss your big dries along cut-banks, under over-hanging stream-side vegetation, shallow-riffles and pocket-water. In the past out-sized trout, in the 20”-25” class, have abandoned caution and succumb to their voracious appetites, vacating  the depths to bust the surface for these big bugs. During this waning “post-melt” period, you can experience explosive, top water takes."  ……….Truckee River Primer, California Fly Fisher, November 2017


So, a fly-fan’s first, real chance to trick a trout to the surface remains the month June. Now, water temperatures supplant flows as the more important consideration...most especially on the BT. The stream occupants are aware of the "Big Bugs of June" and on the lookout for the opportunity to ambush such high-caloric morsels.

HINT: NOW! is the time to search the small creeks (still too high & cold!) and lake inlets, subject to access. 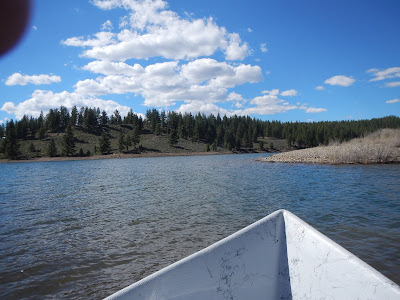