Never Take Yourself Too...

Seriously!
...especially as it pertains to fly fishing 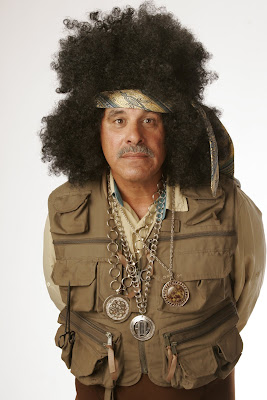 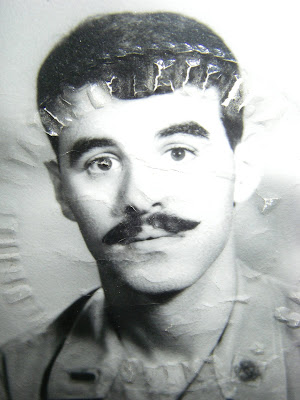 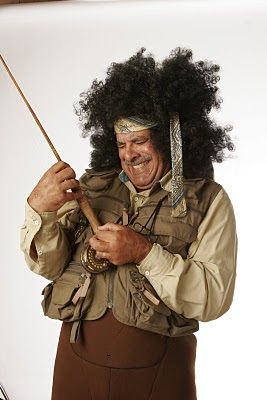 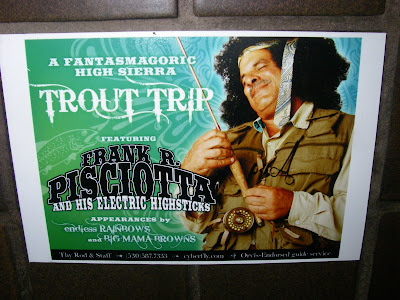 Saying Goodbye to an Old Friend.... 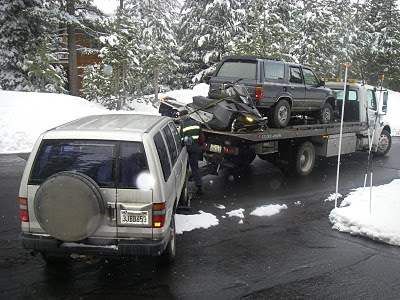 I'm being maudlin here, but I know fly anglers can relate. Last week I said farewell to my trusty '94 Izusu Trooper. It was nearing 180,000 miles and during the last year it had recurring clutch problems and this winter at least one 4WD hub went out...maybe two; making it no longer reliable in the snow and too costly to repair.
Since '98 (bought it used at 55,000 miles) we've shared many memorable angling experiences. We have visited both northern & southern California and areas of the Rocky Mountains west together. 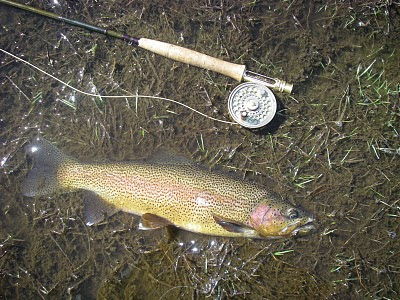 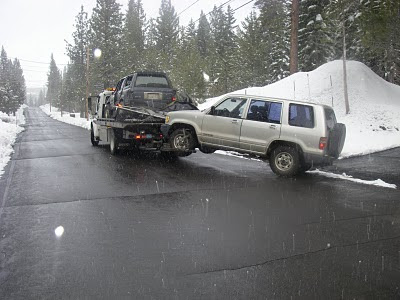 Below you will find my prognosis/advise (...an actual report at the bottom) on fly fishing the early season on both the big Truckee and Little Truckee. Actually I'm plegarizing myself ...again!..from my articles published in 1)the summer 2009 Sierra Fisherman & 2)spring 2002 Northwest Fly Fishing (BT); respectively, and the summer 2009 Sierra Fisherman (LT) (http://www.sierrafisherman.com/).

TRUCKEE RIVER:
1) "Early in the year there are sparse surface emergences. You will observe the ubiquitous, little, black winter stones peppering the snow banks and flitting above/on the water surface; midges, March Browns, first-brood BWO, and thus far, an unconfirmed Skwala hatch. Don’t hold your breath anticipating many, if any, of these bugs getting eaten on top…"

"Early June is a fly-fan’s first real chance to trick a trout to the surface. Waning spring marks the unbeknownst, but locally beloved “Big Bugs of June” arrival; Western Green Drakes, Golden Stones and huge, winged, Black Carpenter Ants provide interesting top-water fare. The stream occupants are aware and on the lookout for the opportunity to ambush such high-caloric morsels."


2) " 'Normal' season, May into early June generally is an "iffy" proposition; wholly dependent on the winter we experience. The best strategy at this time is to explore the small, local streams or still waters. If you really insist on feeding your Truckee Jones, probe with streamers or big and small nymphs (…in tandem) in the deep runs, troughs and pools and in the lower-water column of eddies in boulder-strewn pocket-water. You will observe sparse surface emergences; some March Browns (Ameletus) at mid-day. Don’t hold your breath anticipating them getting eaten on top, nor the spring brood BWO flitting around on sunny days."

"Mid-June is your first real chance of inducing a trout to the surface. Waning spring is an unbeknown and locally loved "Big Bugs Of June" annual happening; Western Green Drakes, Golden Stones and huge, winged, Black Carpenter Ants provide an interesting menu. The stream occupants are aware and on the lookout for the opportunity to ambush such high caloric morsels. Out-sized trout, in the 18"-23" class, lose abandon of their cannibalistic habits and vacate the depths to bust the surface for the chance at these bugs. During this period, you can experience explosive top water takes along with you personal adrenalin rush."

Note: Thus far we're observing BWO's and some March Browns. There has been minimal surface feeding. Best tactic right now is to nymph and streamer fish. I'm receiving reports of Skwalas in the "canyon" and in Nevada. My last visit I guaged the water temps at 42 degrees, still a bit too cold.

LITTLE TRUCKEE RIVER:
"Mayflies are not as numerous as the midges on the Little Truckee; but, they remain a vital food item. They are eaten by the trout in all of their life-stages; nymph, emerger, adult and spinner. Their real attraction is when they emerge; providing the dry fly “purist” with exciting top-water action. Patterns that sit on or in the surface-film work best, such as Paraduns, Cripples and Comparaduns."

"The Little Truckee has several varieties of mayflies; the heaviest concentrations being Blue-Winged Olives and Pale Morning Duns. The BWO’s are multi-brood aquatics; there will be at least two full-cycles per year. Expect to see the adults late-morning to late afternoon. They will range in sizes #16-#24; the spring brood being the largest and early fall’s Psuedocleons being the tiniest. Prime-times to use spinner imitations are late morning and dusk. Bring your spring-creek “A” game when trout selectively are slurping this life-stage."

"Stoneflies and caddis are present; in lesser numbers than midges and mayflies. The stoneflies are small; size #’s 16-20. The little winter black and brown stones are seen on the snow, in and on the water, during January through March. "

"The trophy water of the Little Truckee provides fly anglers with “wouda, couda, shouda” moments. You will experience jubilation and despair here; regardless, it is fun. This river is a prime example of what is good about tail-water fisheries; healthy wild trout (a high percentage being large) and robust aquatic insect populations. It is open year around. Conversely, it also a classic example what is wrong with them; over-crowding, displays of poor stream-side etiquette and unethical fishing over spawning trout."

Note: Here it is best to copy an e-note sent to a friend.

I haven’t done the BT for a week….nymphing…cold water…same bugs as LT…winter stones on the wane, BWO’s, March Browns?, and supposedly Skwalas..."